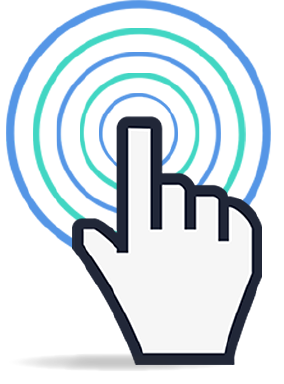 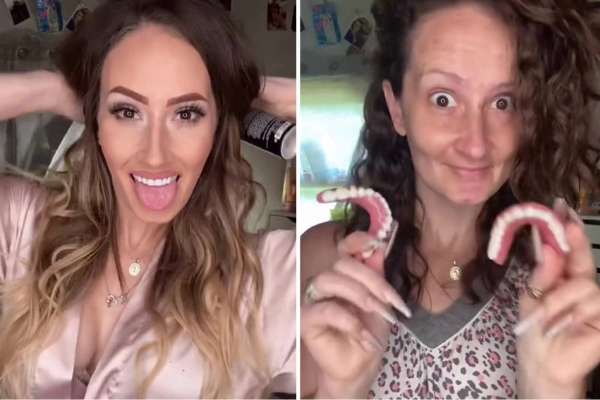 The online space can be a scary one. You never really know who you are talking to, and with all the apps available, it just gets easier and easier to edit your photos.

Well, a New Yorker mom posted her “catfish” transformation on TikTok, which left many people in awe of her change in her appearance…

Alicia, a 36-year-old New Yorker known as Princess Glitter Head and Toothless Princess on TikTok, rose to fame in April, thanks to a viral video showing her pressed dentures and extreme makeovers. Two months later, the mother-of-four reached one million followers, taking the time to criticize reviews of her #ToothlessTikTokCatfish clips.

Her videos focus primarily on his incredible “catfish” transformation videos and removing the stigma surrounding tooth loss. Alicia shared a video using the hashtag “Toothless TikTok Catfish” which surprised many.

Alicia shared a glimpse into her morning routine, including the placement of dentures that completely changed her face. Earlier in May, the mother spoke boldly about severe tooth decay she experienced during pregnancy, resulting in losing most of her teeth.

She explained how her pregnancy mercilessly affected her body.

“I don’t think I ate properly. I wasn’t as healthy as I should have been. So, the baby had to strip things out of my body that I didn’t know I didn’t have… mostly calcium from my teeth.”

Alicia suffered from extreme calcium depletion, which caused her teeth to “become hollow and brittle inside, and randomly falling out.” She later said she did not know she was “genetically predisposed to extreme calcium loss” during pregnancy.

“I had no cavities in my early childhood up until I was eighteen or nineteen, nothing!”

“I got married when I was twenty, and we had our first baby when I was twenty-one. My teeth broke out during that first pregnancy, and it was the first time that I started having really bad dental problems,” she explained.

“When I was twenty-four, I had my second daughter, and after that pregnancy, I decided to invest $10,000 into saving my top teeth and I did a full restoration. I went to the dentist every single week for a whole year… after 9 years one of the bridges abscessed and the whole thing had to come out and I was ready for dentures, so I got snap-ins.”

In the springs, Alicia went viral for her incredible “Catfish” transformation videos that showcased her glow-ups while featuring her dentures. Her sensational debut video garnered 2.9 million views and sparked an explosion of followers and viewers. Many of her videos have captured millions of eyes since then, including a recent transformation video that reached a whopping 22.6 million views.

Alicia is also a makeup artist, hence her incredible metamorphoses in which she shows the products she uses. The mom filmed her morning routine, where she wore a wig, makeup, and, of course, dentures.

While she has a loyal fan base who support and love her, she has also been the victim of a multitude of critics who disagree with the “catfishing” she demonstrates.

“This should be illegal,” one wrote, while another added: “Absolute witchcraft.”

A third wrote: “To me, that’s a false advertisement.”

However, Alicia did not let the criticisms get to her…

In a follow-up video, she said, “I’m a happily married mom of fifteen years with 4 kids, and I wear makeup for ME.” “I’m also a makeup artist with the same rights as anyone else to wear it.” Alicia defiantly says in her comments.

However, this sparked a discussion, especially among younger generations, about the stigma of dentures and gave confidence to some mothers who also suffer from calcium deficiency during pregnancy.